Paisley Preston, 27, a starving student, is sure to fulfill her lifelong dream: finish her PhD program and publish a children’s book. When an earthquake hits, she finds a hidden jeweled box and 1867 document worth half a million dollars. She enlists good friends to help unravel the 2 mysteries and an unsolved murder until betrayal rears its ugly head. Threats are made on her life bring danger and involvement of the LAPD, turns things upside down. The jeweled box and the document take the investigation to Russia, Brazil, New Orleans and Washington DC for research where Paisly’s dreams go to a place she never imagined.

No posts.
No posts.
Home
Subscribe to: Posts (Atom) 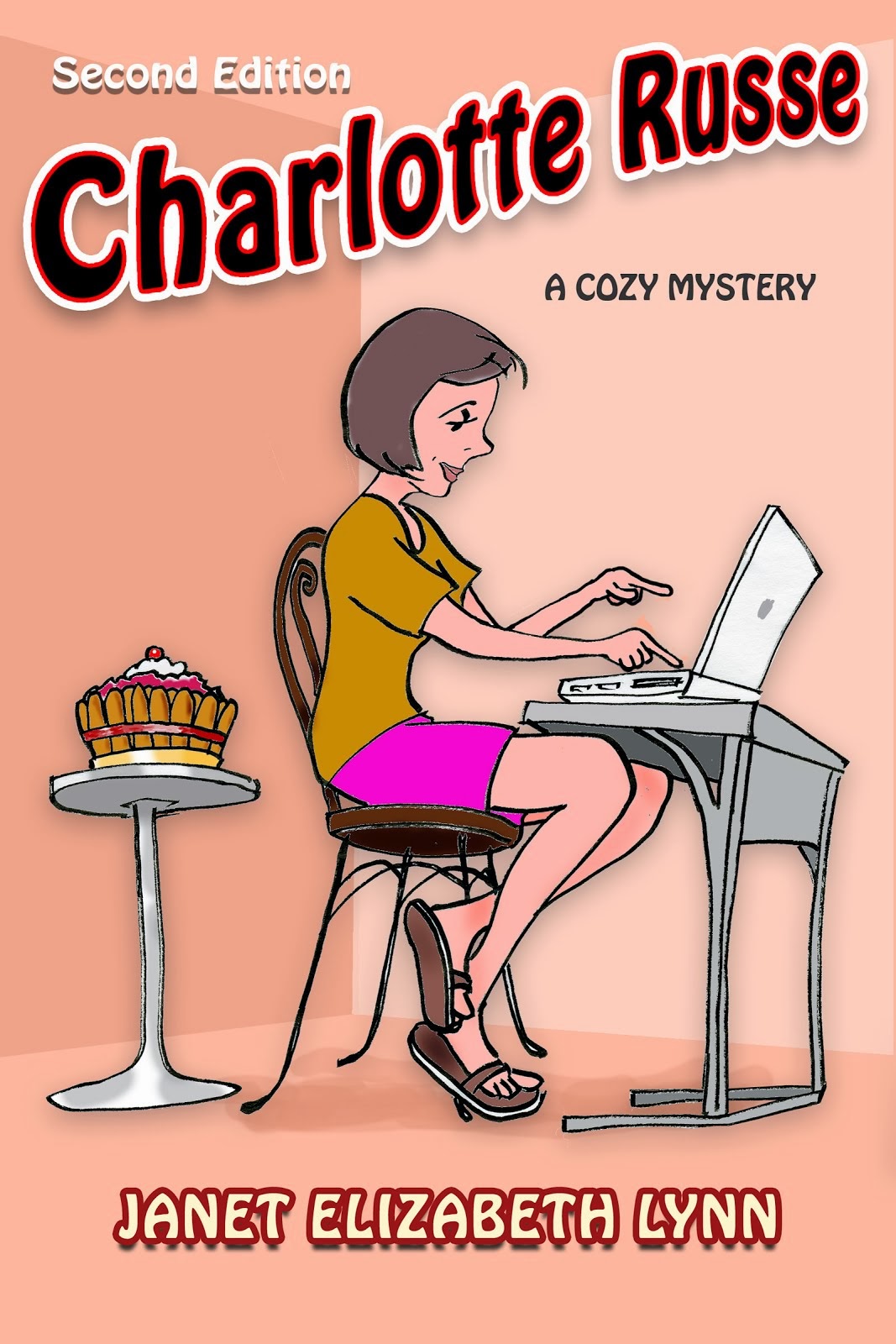 I ran into an old college roommate and reminisced about our early college days in the 1970’s. We lived in an apartment in the surfing capital of the world, Huntington Beach, California. My neighbors were people from all over; rich, poor, talented, untalented all looking for their dream. The characters of this story were born from that apartment building just a block from the beach.

A downstairs neighbor of ours, Sandy, had an inlaid wooden box she bought at a thrift store. She was unemployed and barely making it, as we all were. We were all trying to get through college. The three of us took the box to a group auction house for a free appraisal. It was worth thousands of dollars. She instantly became rich and we never saw her again. My roommate and I always wondered what happened to Sandy. I hope she had a good life.

Charlotte Russe is a dessert invented by a French chef, Antoine Carêne who named it in honor of the daughter his Russian employer, Czar Alexander. It is a type of dessert served hot or cold. A container is lined with sponge cake or lady fingers. It is then layered with fruit puree and filled with custard or whipped cream. It can be complicated or simple to prepare

I remember Charlotte Russe as young girl growing up in New York in the 1950’s. A version was sold in Candy stores throughout the five boroughs of New York. The Russe was served in a paper cup layered with cake, a layer of cherry puree, then whipped cream and a cherry on top. You pushed up on the bottom of the cup as you ate. I remember going after the cherry and getting a nose full of whipped cream!